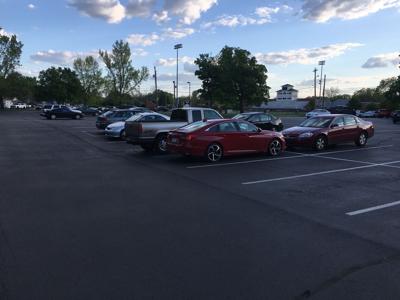 For many young adults, college is a time of self discovery and experimentation, so students may sometimes feel like they’re missing something. For sophomore Devin Wilham, that something is a catalytic converter.

Wilham got a text from campus security Monday asking him to come to his car for a police report. He thought one of his friends was messing with him, but he realized it was no joke when he arrived and found police officers gathered at his jeep. He looked underneath his car and immediately saw two clean cuts and a missing part.

“It was just really shocking. I didn’t really know how to react at first. When it finally set in, it was just anger,” Wilham said.

Wilham is not alone. Catalytic converters, devices that filter exhaust chemicals before their emission from cars, are being stolen across the United States at an increasing rate. They are valuable for the precious metals they contain. The average converter ranges in price from $800 to $1,200.

Wilham’s replacement parts will cost around $2,000 because he has to purchase two converters, even though only one was stolen. He said his car cannot operate with only one.

The theft occurred Monday, May 10 at around noon, according to Steve Leonard, director of security and Title IX coordinator. An on-duty security officer noticed sparks flying out from underneath a car. There was a woman in the driver seat, and when the officer approached, a man slid out from the underside of the car with a converter in his hand. Both of them jumped in their vehicle and sped away from the scene striking a security car and two student cars in the process.

Although the incident has added stress to Wilham’s life, he said he has come to terms with the loss. Security did what they could by taking note of the thieves’ license plate number and involving the city police, but Wilham wonders if security cameras might be a good idea.

Leonard said that security cameras in the college’s parking lots would not prevent crimes. For a brief stint years ago, the college borrowed a camera when cars were being broken into in a specific lot. The camera was able to identify the precise moment of robberies, but it didn’t result in any arrests because the footage was only used after the fact.

Franklin College does not intend to pay an employee to watch security camera screens 24/7, Leonard explained. Even if that was possible, it would be a massive expense. The college’s 20 parking lots would necessitate use of 50 to 60 cameras, he concluded, which is not an investment the college is prepared to make.

Leonard said catalytic converters have been stolen from three students this semester. The first two occurred on consecutive days in late April and were reported by the students who owned the vehicles. In response, security increased its patrol of parking lots. Additionally, Leonard sent an email to faculty, staff and students to warn them of the danger of further theft.

As far as Leonard can tell, the incidents were not preventable.

“The underneath of a person’s car is vulnerable. There’s not currently a way to protect your catalytic converter,” Leonard said.

Students can help security by keeping a watchful eye, he said. It wouldn’t be a bad idea, he continued, for everyone to check on their car occasionally to make sure everything is fine. Students should not hesitate to call security if they notice anything suspicious. Increased awareness could prevent another case like Wilham’s.

“I’m hoping that there's a chance that this person can be caught because I believe that this is a serious matter,” Wilham said.

Despite being caught in a challenging situation, he said he is trying to maintain a positive attitude.

“After time passes, I’m the person that just finds the comedy in life,” Wilham said. “It is what it is… There’s nothing I can do about this.”

Great article...I had no idea!

The controversial mask mandate was changed to an advisory on April 6 by Gov. Eric Holcomb wh…